Wreck Fishing the famous Graveyard in the North East can be most rewarding with a host of species on offer including Pollock, Ling and Cod.

Wreck fishing is divided into two distinct categories. Drift Fishing and Fishing on the Anchor. Most of the Wrecks we fish are reached in less than an hour and sit in about 30-90m water. Working the lures all day in that depth can be hard work, so it's best to bring a few cold drinks and something to eat to keep the energy up! We have a boiler for hot drinks and Pot Noodles.

The choice of tackle for drifting the wrecks is down to the individual choices of the angler, although there are limits at both ends of the scale of 'going light' and 'fishing a poker' - The gear recommended is a good middle ground that will give you plenty of reserve to apply against that hard diving Pollock of a lifetime, but at the same time get ample enjoyment out of the experience.

Rods. A 25lb-50lb class rod of about 8ft is ideal. Like many forms of Deep Sea fishing you'll find different tides will set different challenges for your tackle. A big tide may be better matched to something like a 30-60lb rod( a soft action rod well matched to braid and hard fighting Pollock). Whilst on small tides with plenty of slack - light tackle will provide a lot of fun with braid.

Reels. Again it's an anglers call to match the reel to the Rod. A 7000+ or a Penn 3330 GTI is a good starting point. We see more and more anglers 'going continental' with fixed spool reels and crisp tippy rods for working lures for the Pollock, I'd recommend an equivalent of an 8000 with a very reliable drag and thin 30lb braid.

Leads: Anything from 100g to 300g of lead on average, but always remember to use a rotten bottom to attach the lead to the boom. An elastic band is ideal.

Wreck fishing for Cod can be extremely rewarding.

Drift fishing a wreck is pretty much exactly that. Drifting over the top of the wreck and presenting a lure as close to the wreck as possible to lure the Pollock, Cod or other bonus fish away from the rusting hunk of ironwork. Thus the reason for a mono rubbing leader.

The best fishing is when there's a good tide running and plenty of bait fish is being pushed past the wreck. Pollock, cod and ling will predate and compete for feed at these times, taking prey confidently and frequently.

The way the rig is fished is to slowly drop the rig down to the sea bead, at a speed that will keep the lure away from the rest of the rig body, else you'll get awful tangles. A weighted lure will help but you'll need to reduce the snood to 6-8ft to reduce the chances of snagging the 'ironwork' as the lure will hit the tin in advance of the lead, and extend the time the lure is on the wreck and thus the chances of a snag. Weightless lures / shads follow the lead but increase the chances of spin ups - it's best you work out what's good for you, and better still how the fish want it on the day.

There's a lot of Deck, making Drifting Ideal on the Blueye II.

Once on the bottom / at the wreck it's a simple case of a slow retrieve at a nice constant rate, counting the reel turns as you go. Give it until 25-35 turns and drop the rig back down and start again. The skipper will keep you in the picture and advise when your approaching the wreck. Although you want to be close to the wreck (just like the Pollock, cod and ling) there's no point in leaving gear to get snagged. Get as close as you can and try and judge working the lure up and over the wreck to give you the best chance of a take.

Getting Plucky - You'll often feel the fish plucking at a lure, don't stop reeling and DON'T strike. The fish will hook itself and the hook is set as it dives in an attempt to get back to the wreck. Once you've done it once you'll be hooked and soon work out 'The method'

Once hooked it's a simple case of a steady pump but allow a diving fish to take line on the drag and never attempt to put line back on when the fish is diving. Let the reel do the work, making sure you have your drag set correctly before each drift. You can adjust the drag up if need be, but you'll loose fish if you have it set too high to start with.

The chrome bar perk with an orange muppet is an all round killer!


Get in touch to book 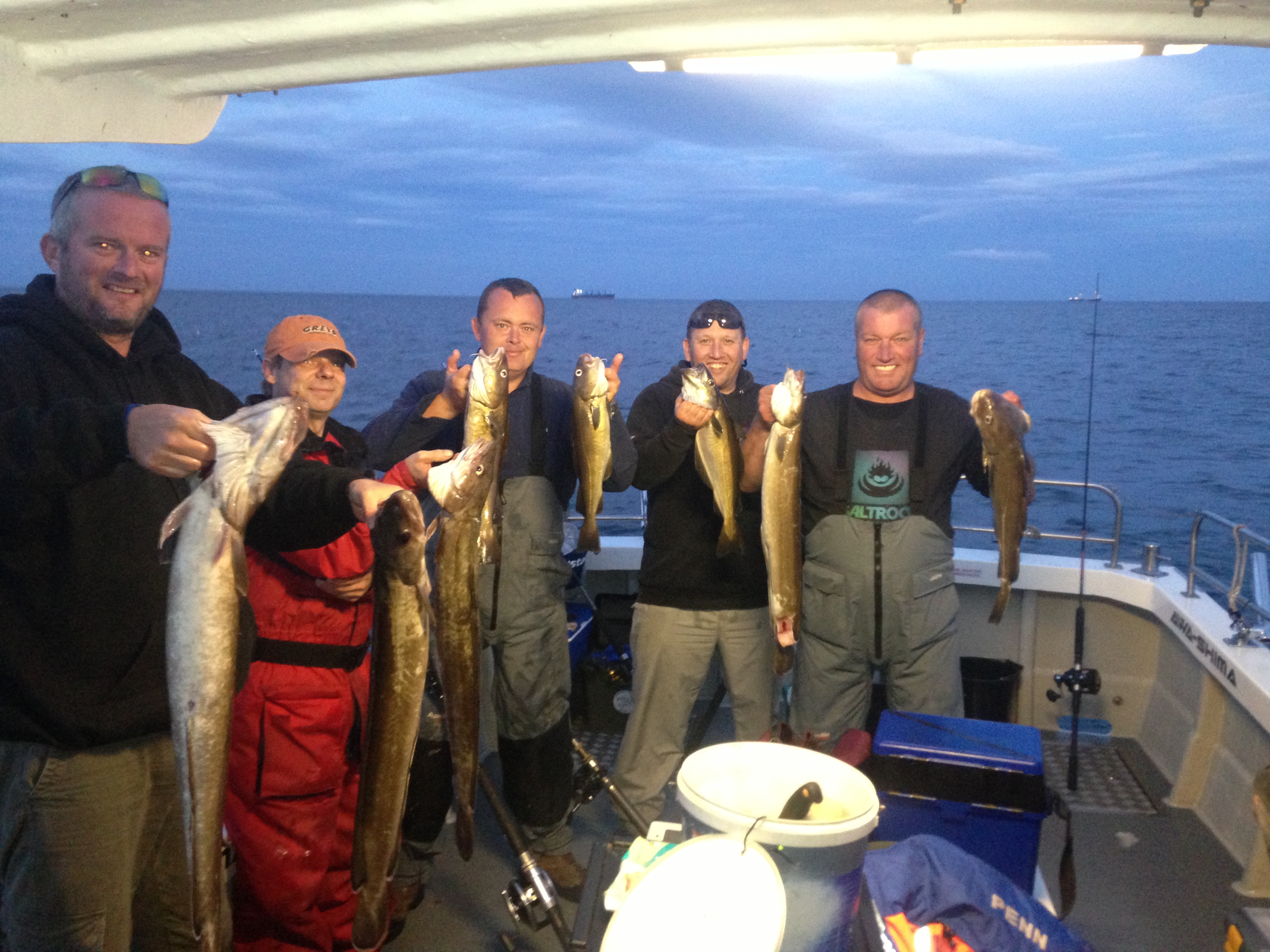 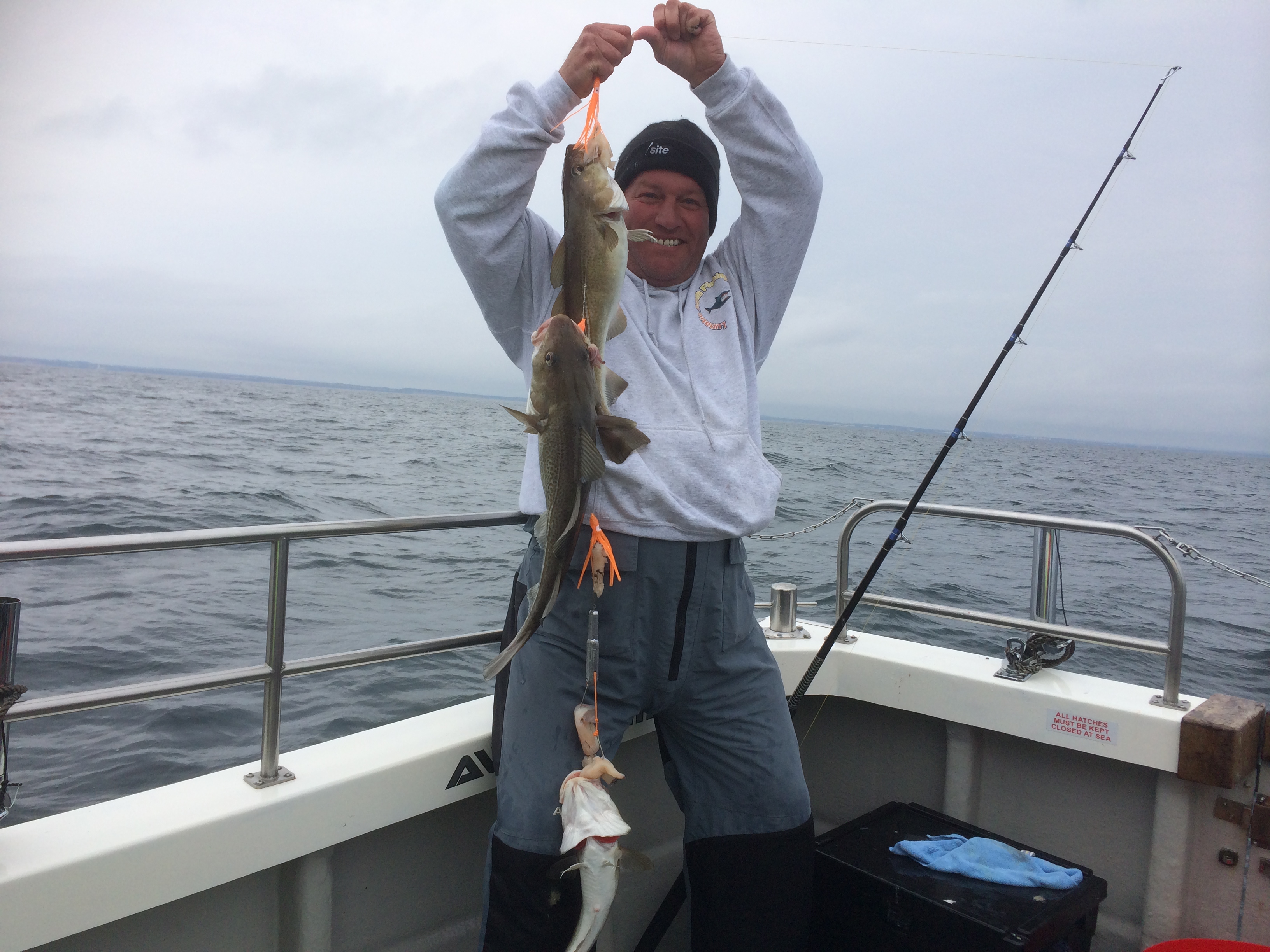 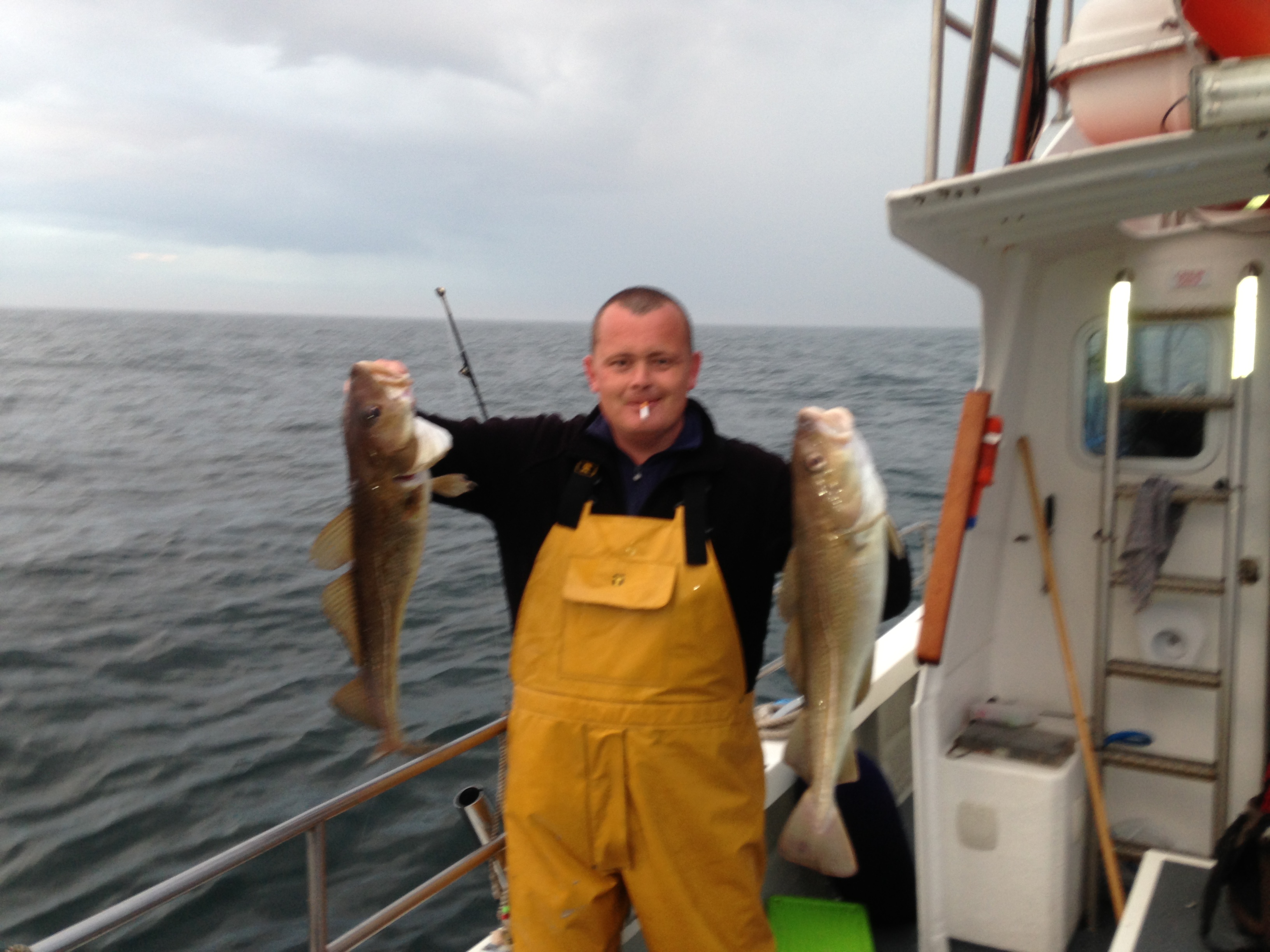 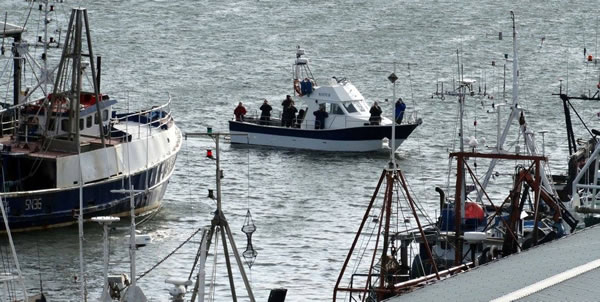 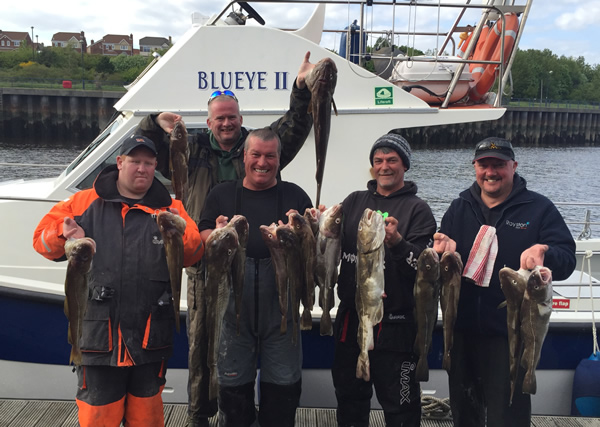 Wreck Fishing with North Sea Fishing can be most rewarding with a host of species on offer including Pollock, Ling and Cod. Day trips or up to 3 day breaks. 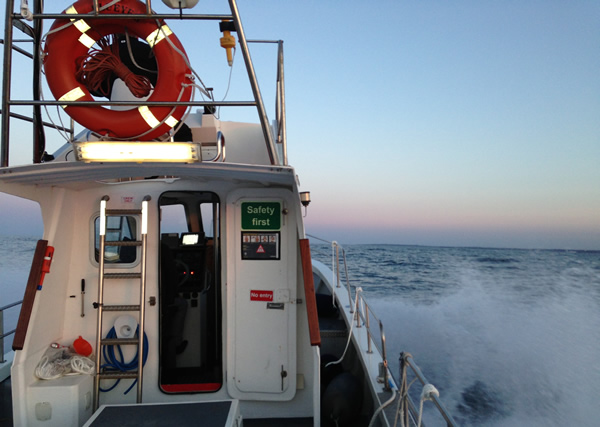 Inshore fishing in the North East can be very productive both in the summer months with Cod, Link, Smoothound, Pollocks and whitelings, and into the winter months we also see massive amounts of Cod. 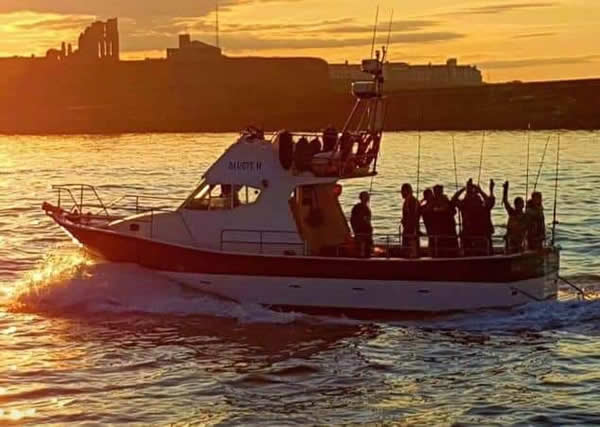 Enjoy all North Sea Fishing has to offer by joining us on one of our evening trips. Available to book as groups or come a long on one of our set excursions. From the moment you arrive, you'll have an experience to remember.